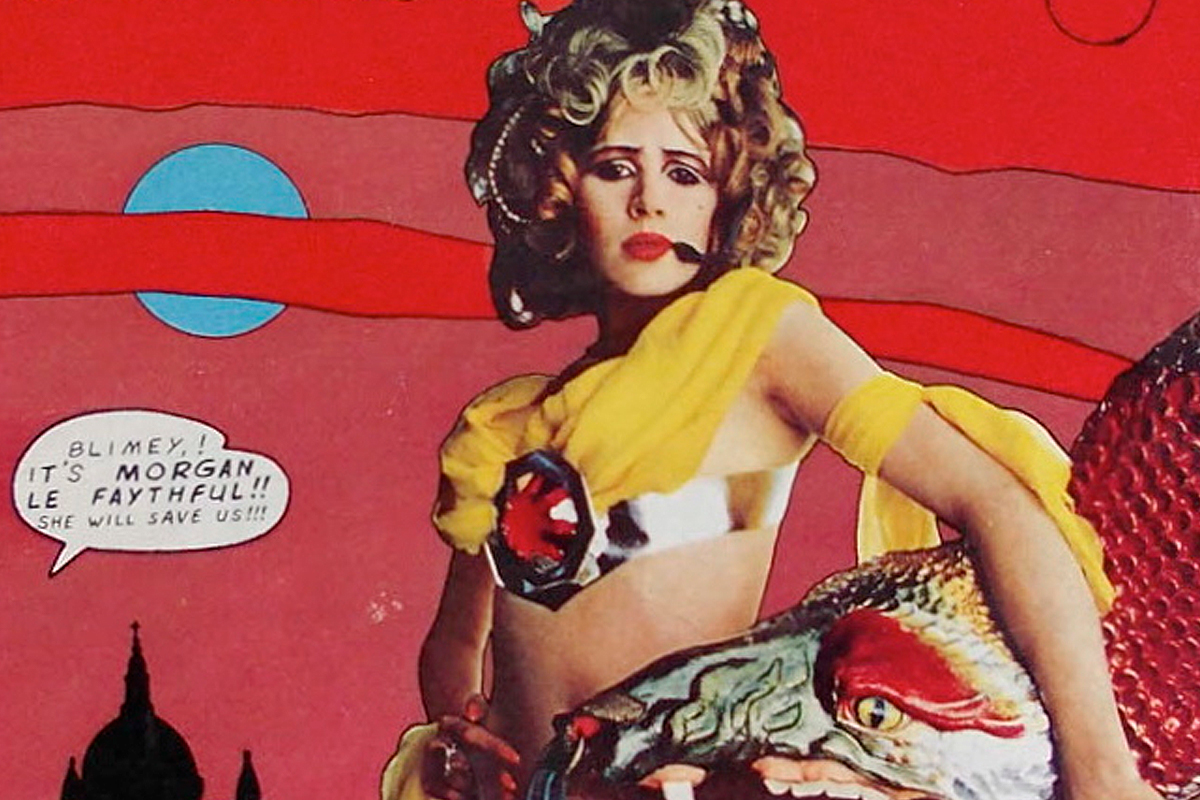 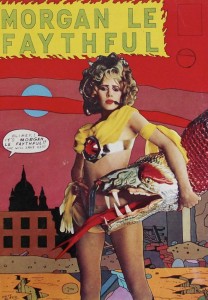 So pleased to have acquired a copy of this extremely rare Daily Telegraph Magazine from 1968. The cover girl is none other than Marianne Faithfull, striking a comic strip superhero pose as  ‘Morgan Le Faythful’ just prior to the release of her film The Girl on a Motorcycle. It was designed by British pop artist Peter Blake, who took his inspiration for Marianne’s character from the Arthurian legend of Morgan Le Fay – (come on her dragon to regenerate a decaying world).

To produce the poster, Blake painted upon an enlargement of a photograph of Marianne by Hans Feurer, he also had a lot of help from his wife, scupltress Jann Haworth, who made the dragon and painted it in fairground colours, she also created Marianne’s sorceress costume! The cover was issued by the Telegraph for sale as a poster measuring 20″x 30″ via mail order, for the bargain price of  3s 6d. in april of ’68.  Where are they all now I wonder? Read the original article over at Sweet Jane.